After much rumor & negotiation, Disney bought 21st Century Fox for the ludicrous amount of $52.4 billion. This means X-Men & Fantastic Four can join the MCU. The petty era of them being scrubbed off merchandise is over! They could star in cartoons & video games again! Hasbro could make a Marvel Legends movie Deadpool! Maybe this will motivate Marvel to stop marginalizing the merry mutants in comic books? Can Squirrel Girl, Scarlet Witch, & Quicksilver get retconned back into being muties? Since the MCU movies have been consistently better than Fox’s Marvel movies, this should make me happy. Why isn’t it?

Next year, we’re getting three X-Men movies: Deadpool 2, The New Mutants, & X-Men: Dark Phoenix. Now that Fox finally realized the X-Men rights were a mini-franchise of their own (after shortsightedly trying to confine it as a trilogy), will this acquisition be the end of this variety boom? Disney usually doesn’t micromanage its subdivisons so long as they’re profitable, but Kevin Feige has said Marvel Studios has plans to make X-movies since their Inhumans (I’ll be belatedly reviewing the last half to coincide with The Gifted’s finale) investment backfired. Even though Fox’s output was hit or miss, I worry things will be reset to square one just as they were on the cusp of tantalizing new frontiers.

Marvel Studios could be taking the mutant reins as early as 2019. What does this mean for the Fox films currently in preproduction? (I’m not worried about Deadpool sequels since he’s demonstrated his R-rated earning prowess.) Has the proposed New Mutants horror trilogy just been reduced to one? What about X-Force? Is the Gambit movie being shuffled back into Development Hell? Will that Multiple Man movie manifest? Is becoming a Disney Princess the only hope for an X-23 solo? Does this kibosh the Dr. Doom biopic by Noah Hawley to which I was looking forward?

The X-Men mythos had enough going for it that it could stand on its own, but how will it be rolled into the already bloated MCU? (It’ll much easier to introduce the Fantastic Four. If we don’t get John Goodman as The Thing, however, is there even a point to more Fantastic Four films?) Will the Infinity Gauntlet absorb the mutants’ separate universe so their spinoffs can stay on track? Or will the MCU start from scratch by retconning that it’s always had Homo superior? (Despite being too tall, Happy! convinced me Christopher Meloni could be a good Wolverine. Luckily lifts & crates for co-stars exist.) Adding mutants so late into the MCU could undermine what made both work. Will mutants just be Tony Stark byproducts like everything else? Or will they reboot the X-Men but still keep it separate from the MCU aside from crossovers?

There’s been much buzz about an Avengers vs. X-Men film, but I’m vetoing that so hard. Not only has there never been a legitimutantly good X-Men vs. Avengers comic to adapt, forcing superheroes to fight over a misunderstanding is a terrible premise! You have plenty of good supervillains to fight heroes instead, Marvel!

Maybe I could support this deal if Disney was just getting the rest of the Marvel & Star Wars (Now can we get the non-Special Editions & Holiday Special on DVD?) movie rights, but they’ve also bought the rest of Fox (save its News & Sports) too. Considering how expansive Disney already is, the merger sounds monopolistic. With WB struggling with its DC output & Universal’s Dark Universe likely dead, Disney could have a populist entertainment stranglehold unless that Hasbro movieverse improbably takes off. Additionally as many as 10,000 people could be fired.

Disney’s current business model is to earn maximum profits by focusing on a few blockbusters each year.  Last year it maxed out at three Marvels (one co-produced with Sony), one Star Wars, one live action theme park sequel, one animated sequel, one new animated film, one nature documentary, & one live action remake of an animated film. (The Lion King remake will have enough CGI that it really shouldn’t count as live action.) This suggests it won’t maintain Fox’s annual output levels, especially if that many Fox employees get pink slips. So its new FF & X-movies will cut into the amount of pre-merger Marvel films in the pipeline. Or if its Phase 4 plans are too ironclad to accommodate them, it’ll be squandering its new acquisitions. Either way a subset of Marvelites is going to be disappointed because it already seems to be at a saturation point. Are they going to split the difference by co-opting  X-Men into an Uncanny Avengers series? Cinephiles that don’t care for licensed movies will get it worst of all, since Disney doesn’t prioritize original lower budget ventures.

This doesn’t even take into account how this changes the televisual landscape. Disney buying Marvel Entertainment prematurely killed the beloved Avengers: Earth’s Mightiest Heroes, Spectacular Spider-Man, & Wolverine & The X-Men because they weren’t made by a Disney animation studio. Are Legion & The Gifted, both of more consistent quality than the X-movies, going to share the same fate? Does this deal effectively cancel Fox’s DC programs, Gotham & Lucifer, unless The CW can buy them? Will Disney still air Marvel programs on TV or is it going to shunt everything to its forthcoming streaming service? (It’ll control Hulu too.)

What will Disney assimilate next in its quest to bring visions of corporate dystopia to fruition? Will it resume innovating or just buy all its competition with Mickey Money? If Disney had played its cards right, however, it could’ve gotten The Dolorous Adventure Of Brother Banenose rights for a mere billion!

So the FCC decided to kill Net Neutrality because its majority (plus Congress) is composed of corporate sellout bastards.  This is just the tip of the iceberg. I try to not be too political here because I’m not influential enough to afford to alienate readers, but this is a topic that should concern everybody since the Interwuzzle is involved in virtually everything nowadays. This will not benefit anybody that can’t afford to pay even more for reliable Interwuzzle access. So if you don’t work for the government or a telecom, you’re screwed. There’s a chance that Congress could overturn this horrible decision with the Congressional Review Act, but that requires us to not abandon the issue. Visit BattleForTheNet for additional resources.

In better news, that sight gag definitely was a Hardware Wars reference in SW: TLJ! If only the First Order foes were as likeable as their actors. There are no Hux fan theories because he sucks so much.

We still don’t have a cinematic Force order that balances the Sith & Jedi. Would it be named the Sidi or the Jeth?

Back on topic to things that irk me, I’m still mad the prequels made Palpatine a normal human that became weird looking from using Force Lightning (that can only be wielded by sadists without cybernetic parts?) instead of always being a wrinkly alien. He could’ve been a Dressellian. Star Wars gets dumber the more it tries to explain things. Which is most aggravating to you?

My Netflix subscription is finally over! Maybe now I resume writing my second novel? Wow, my work ethic is terrible! Happy winter holidays of your choosing! 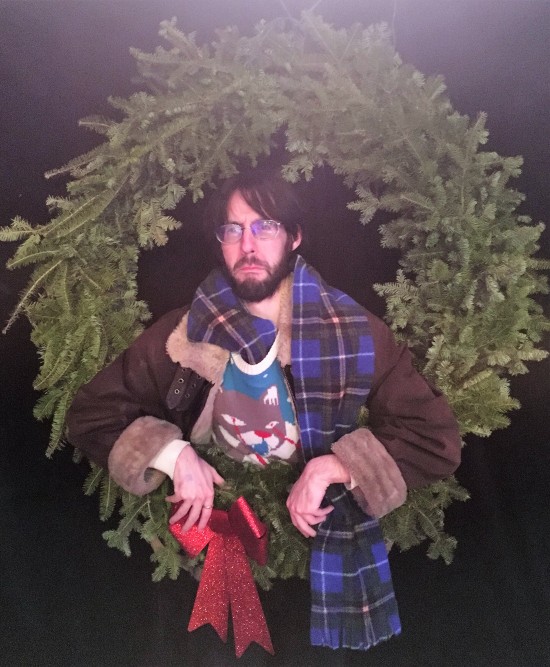 Did I write this pessimistic piece just to justify posting this photo?