As you probably know by now, the Fall 2020 TV season isn’t really happening. Some series have begun filming again (This doesn’t seem safe given the general state of Covid Compliance Officers.), but new episodes won’t be arriving until January 2021. This puts me at a disadvantage because I typically fill out the rest of the year blogging about season premieres, series premieres, & mid-season finales.

When 2021 rolls around, I presume I’ll have the opposite problem of having too much stuff to review at once. For The Flash, Batwoman, & Riverdale, I’ll have to write up the season premieres which won’t actually feel like season premieres. Then after only a few weeks, I’ll discuss the episodes that would’ve been the previous seasons’ finales had their been no shutdown. Immediately following that, I’ll be writing about the episodes that really would’ve be the season premieres if they hadn’t need to carry over last year’s uncompleted episodes. (Meanwhile Black Lightning, Legends Of Tomorrow, Superman & Lois, & eventually Supergirl will start off fresh.)

Remember when Netflix used to save shows? I am not okay with Netflix cancelling I Am Not Okay With This after they’d renewed it! Ditto the fourth season of GLOW! That was supposed to wrap it up too! Betty Gilpin wrote it the best eulogy. They were able to film one more episode we may never see.  Teenage Bounty Hunters hadn’t been renewed prior to its abrupt cancellation that same day, but it’s much better than its minimal promotion implied & deserved more episodes. (They listened to the wrong petition!) These were all hits with critics & subscribers! What is the point of getting invested in any Netflix series at this point? The CW is better than Netflix because it only prematurely cancels programs starring Lucy Hale.

I’m extra mad about the renewals getting reversed. It could wait until after the crisis stabilizes to resume production, but Netflix is too cheap to renegotiate contracts to give viewers promised closure. The Witcher (which already had a castmember contract coronavirus) & Stranger Things have resumed filming so Netflix can’t even claim it was an across the board safety & cost-cutting measure. Fans would’ve accepted having to wait even longer for casts’ schedules to realign if need be. Its cancellations are secretly sexist.

Now that its final season is hitting Netflix, however, feel free to read my critique of The 100! It’s not as good as Toni Maggio’s! (In retrospect, this might not be the best self-promotion.)

The Venture Brothers getting axed while scripts for the next season were being written is another 2020 travesty. Surely seven seasons over seventeen years merits a wrap-up season. Adult Swim wouldn’t need to find it a new home if it hadn’t cancelled it in the first place!

So Harley Quinn really is just The Venture Brothers with DC characters. (I got to see season one when WB graciously allowed SyFy & NBC to air it during the summer doldrums.) They used Kite Man (Hell yeah!) over Killer Moth for Poison Ivy’s beau to slightly reduce the Monarch & Dr. Girlfriend parallels. Lake Bell making a movie about voice acting just so she could get cast in cartoons is such a power move. Its psychologically abusive Joker is obviously so much better than Suicide Squad’s. I’ve seen people complain that it’s what Birds of Prey should’ve been, but both are good in different ways. Dr. Psycho is topical.

Y’all need to make Swamp Thing a smash hit on The CW so it’ll be appropriately resurrected for a second season! It makes my heart sing!

You’ll also notice that most movies aren’t being released this year. After The New Mutants failed to light the box office on fire despite a lack of competition, Disney pushed Black Widow & The Eternals back to next year. I expect WB to do likewise with Wonder Woman 1984 just after I post this just so I’ll have to go back & rewrite this sentence. Critics were already complaining of popcorn flick fatigue once Hollywood realized it could make money off them beyond the summer; I can’t wait to see what they say once the blockbuster backlog begins to unfurl.

Every time I read an article about a theatrically released movie, both the articles & comments point out how unsafe it is to go to the cinema during this era. (This has not been a great time to be a theater employee.) I understand that you can’t trust all attendees to keep their masks on once they’re inside the screening room, but you can do the responsible thing to protect yourself & others by keeping yours on. Meanwhile every restaurant patron definitely has to doff their masks to eat & drink. I rarely see outcry over this. (Is it not happening, or am I just not tuned into general restaurant safety discourse?) I get that eating is much more essential than movie-going, but but delivery/take-out remains the much safer option to support restaurants. (The first time I had outdoor dining since the pandemic, my arm got sunburnt from a misaligned umbrella.)

WordPress now has a free image library, but using it isn’t exactly going to help this obscure blog stand out. It probably won’t meet my incredibly specific needs either. I have toys, so I’m probably going to continue using photos of them to illustrate articles regardless of their relevancy. The surprisingly unfettered stream of action figures is what the public should get invested in while television & films are delayed!

Here’s what Master Splinter looks like without his robe! You’re welcome!

In fiction, a president who foolhardily gets himself infected with the deadly virus he consistently lied about & survives thanks to the best experimental medicine in the nation would develop humility & empathy. In reality, it just makes him extort votes by refusing to negotiate further necessary pandemic aid for the nation until after the election.

Next time: Mayhap there’ll be something worth writing about virtual NYCC? 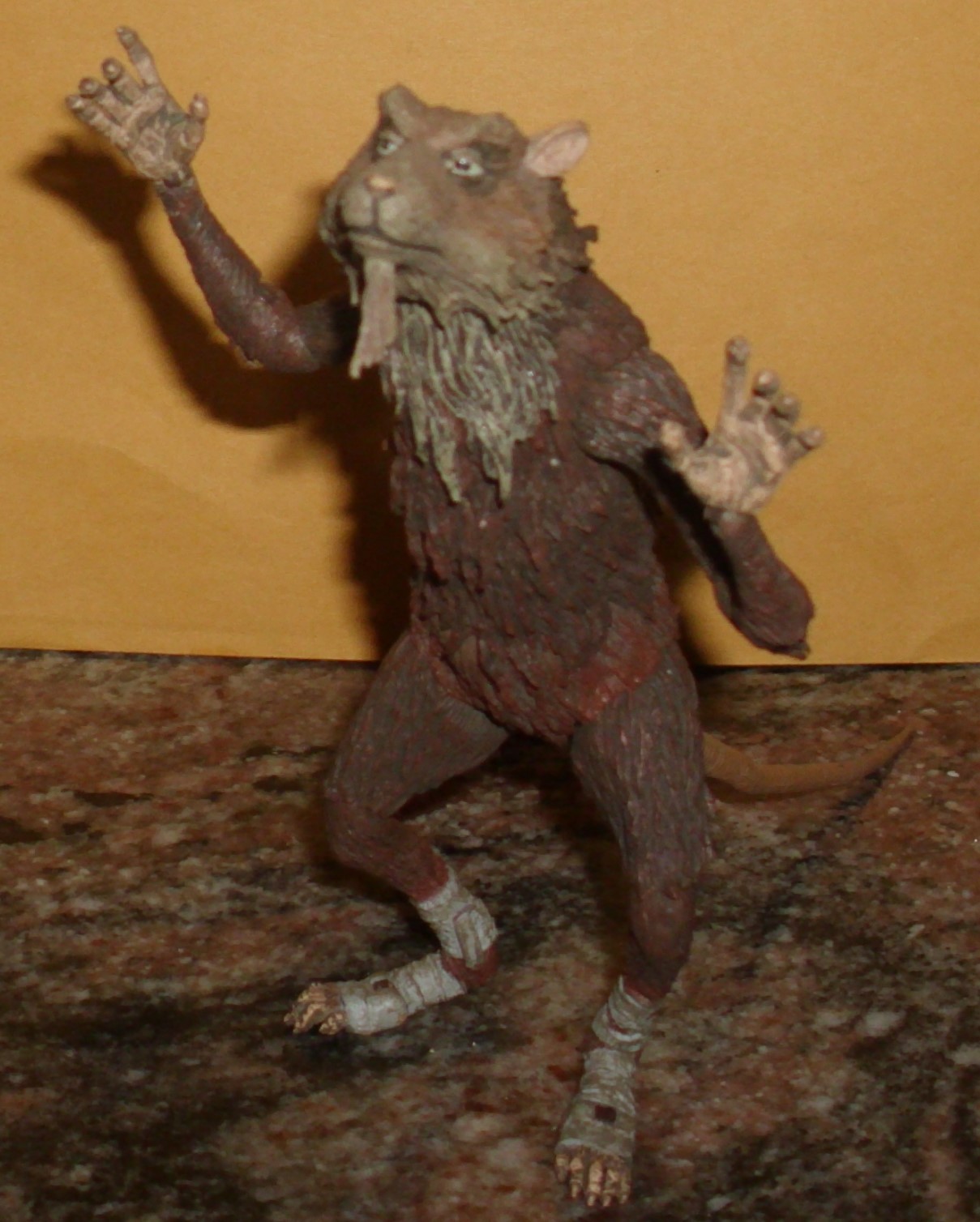