It’s cat bloggin’ time! Recently I celebrated my cat’s tenth birthday. (I waited until after to write this headline & introduction so as not to jinx it with tragedy.) I don’t know if it’s her real birthday, but it’s the one I assigned her in lieu of a birth certificate. It’s also not her tenth anniversary of being the feline in residence. (Until her family pays her ransom, this cat will continue to be my hostage.) Rather than continuously refer to her generically, I will reveal her first name starts with D. This will maintain a level of privacy for her & prevent me from having to commit to one spelling online. Happy decade to the D-Cat!

Unlike the inflatable birthday hat fiasco, this year I went out of my way to purchase her Yeoww! catnip toys from Pet Goods she actually appreciates. The path of least resistance works to placate pussycats! Hopefully they’ll make some catnip fish in new colors because I believe she now has the complete set. She’s quite fond of nip-pineapple. I was able to get plenty of photos of her playing with her new toys, but the lighting wasn’t ideal. So here’s some of her wielding hammers instead!

“These tools are mine now. I am become a hammerist.”

This groovy rug really ties the cat together.

On Christmas Eve, my cat leapt onto a chair, screamed “MA’AM!” at me, got petted, bit me, & then immediately demanded additional pets on the carpet.

A completely comfortable cat compelled me to finish the six volumes of Saga I got for Christmas in one day. Landscapers’ Kate O’Flynn should play The Brand in an adaptation. If we can’t get more Legends Of Tomorrow, can we at least have Shayan Sobhian & Olivia Swann as Marko & Alana? Would Lying Cat become even more powerful if she played with The Lasso Of Truth?

Why wasn’t there enough Fancy Feast Chicken Primavera to meet demand? Both Chewy & my local supermarkets were out of stock! Chewy canceled her auto-ship four times in a row in February due to shortages. The 10% coupons didn’t do any good, but the customer service reps were super friendly even at odd hours. I was able to get turkey primavera at Walmart as the next best thing. D-Cat hates it. That disproves my theory she’ll eat anything with the sauce. She says salmon & tuna primavera are acceptable.

D-Cat always instinctively knows when it’s nineteen o’clock so she must have some understanding of the passage of time. My kitty’s internal breakfast alarm used to be half an hour fast but now it’s wound down to two minutes slow.

I know which side my toes are toasted on. She is a cuddle-stone around my feet! My familiar is a savant at casting snuggle spells. Once I had an anxiety dream where the cat left her foot warming post early, but thankfully she was still there when I woke up. Another time I was ensnuggled with an anxiety-ridden cat nightmare & then she woke me up for feeding as if nothing had happened.

I can relate to bedwarmer being late. As the weather started getting even colder, my kitty suddenly stopped sleeping on my feet. I thought maybe she’d appreciate being able to sleep on a fleece blanket now, but adding that to the bed hasn’t lured her back. Did this just offend her more? She used to be such good insulation! Maybe if I stop wearing socks inside she’ll see that I’m vulnerable & in need of her aid? She tried to rouse me for lunch, but the purr princess also fell prey to the snuggliness of flannel sheets!

Once during the July heatwave of SDCC, my kitty didn’t bother coming upstairs to wake me for food. Instead she incepted me without even ensnuggling me. Points deducted for being an hour late tough.

A needlessly noisy neko resides with me. My cat is also frustrated by my lack of communication skills. This is how she sees me.

If you didn’t make “pew-pew!” sound effects whilst pointing it at your cat’s nose, did you even eat a banana?

D-Cat can mysteriously travel from one insouciant reclining position in one location to another by process of telepurrtation.

D-Cat is exploiting the “jump on table, get treats” system to the point where she’s undermining the exercise benefit of the jumping. Luckily the Greenies box says its teeth cleaning properties are so ineffectual that cats must be fed their body-weight in treats to get any results. She still aims to have the prettiest set of fangs for tearing out my wrists so she can frame my murder as a suicide.

She put two clovers into her fountain to freshen it up.

Why is it that whenever I come to an accord with the polydactyl princess, the terms overwhelmingly favor her?

New cat post of randomness just dropped. It landed on its toes. This is the 2022 round-up of miscellaneous cat-links. If D-Cat makes it to her tenth anniversary of being my roommate, there may be a second. Links were being broken as I edited. Being a feline meme archivist is hard.

What do cats use to clean their coats? depurrgent

I sense a great disturbance in the litter box! When a cat’s toilet is backed up, all you need to unclog it is a trowel. Twinkle Tush is just going to make potty time more disgusting.

Is there a term for a cat’s growl of fear during a thunderstorm?

Why did the Russian BTAS dub recast the cat?

Shadow Of The Cat

Two-faced cats have no double-headed coins to flip. Bicolored cat fathered kittens of each shade.

Streaky can open his own food tins yet graciously lets obsolete humans live.

The only valid use of Dr. Octopus tentacles.

Thor is canonically unworthy of lifting this cat.

Cat in a tank is Finnish punnery come to life!

This history book would break a kitty’s heart.

A dozen kitten hitchhiked with a single good Samaritan.

Cats roost in Starlink satellite dishes. Apparently they can only support five at once.

I crush your head!

“You may have the high ground, but we’ll never surrender the toebeans!”

These kitties are silly.

Why is this the most interesting lamp in the world?

Barbie cat is ready to purrty!

“Not what I meant by use the door!”

Cat cut her own bangs/fringe.

Is your cat cheating on you?

Long-haired cat has two sphynxes to groom it!

The Four Cat Art References Of The Apawcalypse

Is there a stereotype of orange cats being dumb? I’m glad the issue has been resolved to give Jorts more respect. The saga of Jean & Jorts is analogous to workplace disability accommodations. “They buttered Jorts!” has become memetic despite him actually being margarine-alized. It was not an attempt to create anti-gravity.

Basting cats is a misunderstanding of Bastet.

Anya Taylor Joy as cat or is this her?

Zenkai cats is a rehash of Kiramager cats?

These are good NFTs.

Hardware requirements for the game Stray

A lot of feline thespians & viewers have been clamoring for Cardboard Box: The Movie.

The Uncanny, starring Peter Cushing, maxed out on feline thespians!

The cats in The House are cute.

Saw for cat lovers is horrifying!

I did a doubleheader of Wrong & Kitty Mamas. Kitty Mamas is the most wholesome Canadian film about human women getting IVF for transgenic kittens featuring Kim’s Convenience cast & Batwoman’s Stephanie Brown. Instead of being another worst case scenario that warns against the hubris of trying to change the status quo for anyone’s benefit, this may be the most optimistic sci-fi story ever. The newborn kittens weren’t realistically goopy & blind though. Wrong is even more perfect despite not being about a lost cat.

She-Hulk: Attorney At Law premiered this week, but I have to give a shout-out to a Distinguished Competition streaming show before I even start on her. My Peacemaker review became the first 2022 blog to cross 1,000 views. I didn’t have any complete that feat last year, so this is a relief. It’s been getting a ridiculous amount of eyeballs on it lately without me promoting it again. Get on it’s level, The Sandman! 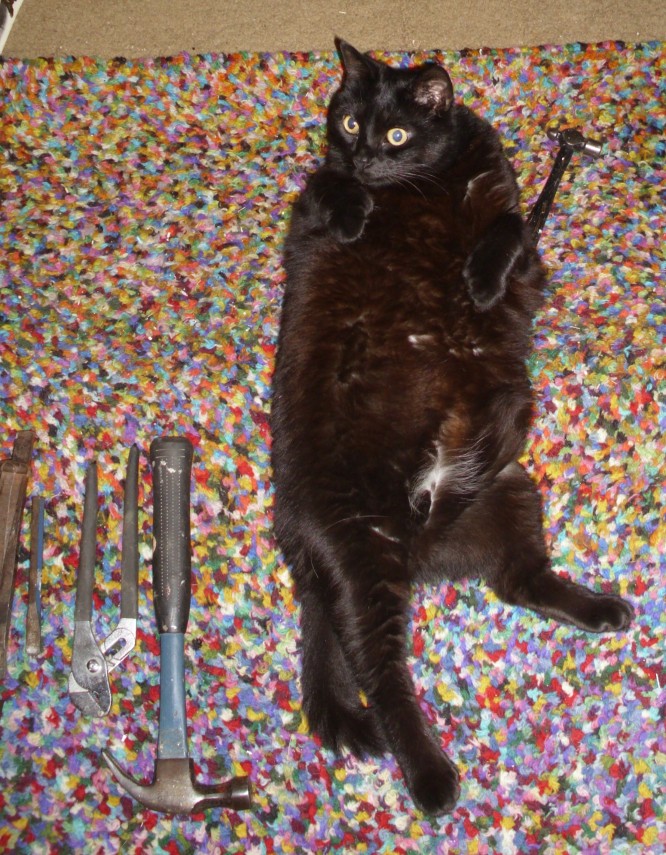 One thought on “A Decade Of D-Cat!”