Congratulations on surviving 2019, dear readers! I’m glad Star Wars finished last year so we can finally focus on new fictional properties. If only it had been mushed together with Cats as The Rise Of The Jellicles! 2019 was an even bigger bloodbath on television. It marked the ends of Broad City, Game of Thrones, A Series of Unfortunate Events, Deadly Class, The Gifted, Gotham, Crazy Ex-Girlfriend, Legion, Santa Clarita Diet, Jessica Jones, Preacher, Cloak & Dagger, & Happy! Probably some other stuff I didn’t watch died too!

Alas, 2019’s most tragic televisual casualty was Lodge 49. (Reality recently lost Gahan Wilson, Caroll Spinney, René Auberjonois, Marie Fredriksson, & Syd Mead.) If you thought the farewell of co-creator Jim Gavin would mark the end of me raving about the series (He individually thanked everyone that responded to it like a true gentleman!), you clearly haven’t been paying attention to all the new ways I’ve managed to keep writing about Gotham.

END_OF_DOCUMENT_TOKEN_TO_BE_REPLACED

Remember how at the end of the forty-ninth anniversary SDCC overview I said the next entry would be more punctual. Whoops! No The Boys critique here! I could’ve had this up earlier had I not myopically decided readers would only be interested in SDCC. (Perhaps I shouldn’t have admitted upfront to not being present as I would’ve given essentially the same level of coverage either way.) If you skip past the movie review, at least the esoteric prediction is right.

I saw Midsommar at a weekday matinee, so I had the theater all to myself. It wasn’t soundproofed to the adjourning one playing Aladdin though. By now it’s left most theaters, but I’ll still SPOIL it for you. (Not Aladdin, the animated original should’ve done that for you already.)

END_OF_DOCUMENT_TOKEN_TO_BE_REPLACED

Last week’s blog was short, but this one will be super long! If you don’t want to be spoiled by my The Umbrella Academy review, scroll to the second tilde for some Toy Fair news. Your attempts to keep me from seeing the Kim Possible movie have failed as well!

END_OF_DOCUMENT_TOKEN_TO_BE_REPLACED

After much rumor & negotiation, Disney bought 21st Century Fox for the ludicrous amount of $52.4 billion. This means X-Men & Fantastic Four can join the MCU. The petty era of them being scrubbed off merchandise is over! They could star in cartoons & video games again! Hasbro could make a Marvel Legends movie Deadpool! Maybe this will motivate Marvel to stop marginalizing the merry mutants in comic books? Can Squirrel Girl, Scarlet Witch, & Quicksilver get retconned back into being muties? Since the MCU movies have been consistently better than Fox’s Marvel movies, this should make me happy. Why isn’t it?

END_OF_DOCUMENT_TOKEN_TO_BE_REPLACED

I’m happy to say that Preacher season two is an improvement over the first. The great stuff carries over, the dead weight is mostly gone, the pacing is less languorous, & there’s plenty of added intrigue. AMC even adapted a few of the more outrageous scenes by Ennis & Dillon. If you’d like to remain unspoiled, skip to the end where  I bid adieu to one of my favorite YouTube channels.

END_OF_DOCUMENT_TOKEN_TO_BE_REPLACED

Matt the Catania is going on hiatus while its author goes on a research sabbatical for his difficult second novel. We’re not sure when publication will resume, but if you’re following the blog by email or social media (click that heart icon up top), you’ll be the first to know. Also, Jenny “Millennial Falcon” Nicholson noticed me! 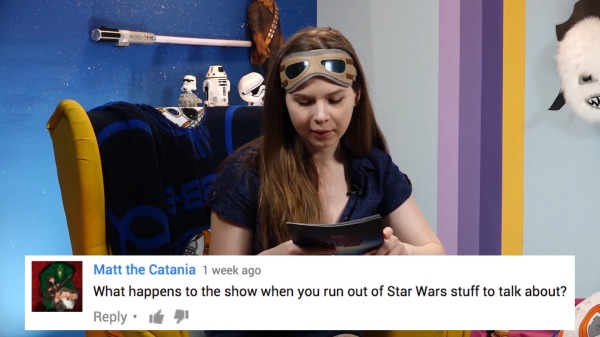 In honor of the forthcoming Spider-Man: Homecoming, I shall leave you with an  incredibly timely review of the Broadway classic Spider-Man: Turn Off The Dark!

I SURVIVED SPIDER-MAN: TURN OFF THE DARK! Seriously, we had to drive home through a blizzard on Boxing Day 2010. I pushed a Ford Focus out of a snowy parking lot & navigated by sticking my head out the passenger window. So here’s the spoiler free review: On the WTF? scale of 1-10, the musical was a solid 14. SPOILERS for a musical that’s been closed for years!!!

END_OF_DOCUMENT_TOKEN_TO_BE_REPLACED

If you’re reading this, congratulations on having survived 2016! Let’s all begin our venture through 2017 with low expectations! After all, 2017 is the year of The Running Man. They say to be the change you want to see in the world, so this year I’m having myself drawn & quartered!

Some good news is that both my 2016 views & visitor stats markedly increased over 2015’s, though WordPress hasn’t sent me a qualitative analysis like last year. Seeing as how my 2015 tenure was two months shy of of a full year, I’m especially glad the opposite wasn’t true. The most read blog was “Let’s All Ride Deadpool’s Coattails!,” so click through some of my lesser viewed blogs to even things out.  I was going to include a Top Ten Movies of 2016 list since I saw exactly ten movies at the cinema last year, but then I realized my quantitative rankings would be mostly arbitrary.  You’re better off reading my full reviews because they’re made of ambivalence & anhedonia! 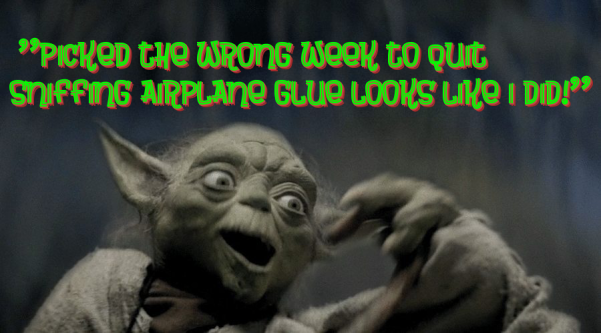 In 2017, don’t be that deranged hermit who shirks his societal responsibilities & criticizes others’ attempts. I already called dibs!

END_OF_DOCUMENT_TOKEN_TO_BE_REPLACED

Rachel Skarsten responded to me nominating her for Stephfi the Marauderatrix in a The Dolorous Adventure of Brother Banenose adaptation!

Tamsin the Valkyrie didn’t say she wouldn’t buff up to be in an adaptation of my obscure novel that hasn’t be greenlit yet, so this is going in the win column. Annet Mahendru liked my tweet about her playing Fairuza as well! Strike now while the iron is hot, TV & film producers!

You have a week to pay what thou will for twenty-four books with Booktrope Sci-fi & Thriller Humble Bundle!  You’ll be supporting charities (Freedom of the Press Foundation & Prevent Cancer Foundation) & getting $120 worth of wonderful indie eBooks at a great bargain of your choosing!

I still haven’t seen Jessica Jones or Daredevil season 2 yet, but I am caught up on Agents of SHIELD. Yay? So Simmons will make a Terrigensis-vaccine from Absorbing Man’s (actor Brian Patrick Wade’s real life wife, bodybuilder Jill Wade, should guest star as Titania to blur the divide with fiction) blood just to shut up people like me asking why Bucky is more important than an Inhuman population boom in Iron Man v. Captain America: Dawn of Vengeance.  Comics Alliance has already done the work for me of explaining why Coulson isn’t a good spy & Lincoln is possibly worse than Ward. (The Inhuman wearing Ward’s face moved up in the ranks slightly since getting a goop sacrifice scene.)

END_OF_DOCUMENT_TOKEN_TO_BE_REPLACED

Thank you to everyone who celebrated my blog’s birthday with me! I hope you enjoy your 99¢ eBooks & remember to leave a review!

@JohnBoyega Iron Man's plan to stop Hulk was to punch the rage-powered monster through a populated African city instead of pacifying him.

Now I can’t stop getting notifications. If only there was some way to get everyone who hearted it to read a specific book…

Did you know that if an image contains 20% text, Facebook won’t take your money to boost that post? Weird, eh?

I’m disappointed that red Kryptonite on Supergirl just made her a jerk. They shouldn’t be repeating Smallville’s mistakes. Red Kryptonite can have any surreal effect writers dream of, so making it so cliche was a waste. She didn’t even go full world-conquering evil with a snazzy pope hat!

Did you know I started writing a screenplay for The Dolorous Adventure of Brother Banenose before Booktrope made it available to purchase as a book? I’d still love to see it adapted into a feature film. Perhaps a limited run TV series like Jonathan Strange & Mr. Norrell would be even better so less would need to be cut for time constraints. So I’ve taken the liberty of fan-casting (until the book’s popularity takes off, I must serve additionally as its biggest fan) a possible live action adaptation. My absurdly extensive cast list has shifted a bit over the years, but this is who I’d go with if production started right now: 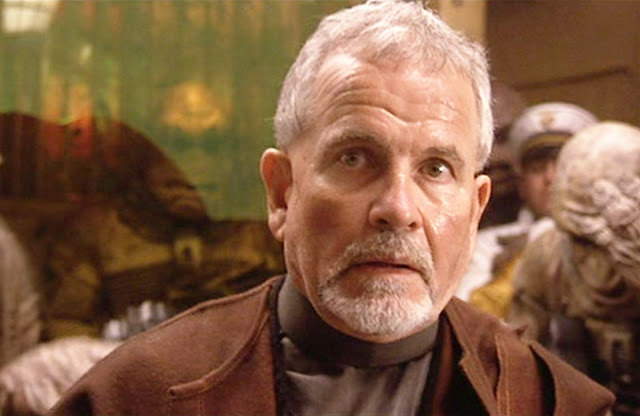 With range spanning Napoleon Bonaparte to Bilbo Baggins, Ian Holm can make a befuddled monk compelling. If you think he’s too old, then know that Derek Jacobi is my second choice. We’re going full ageist on this one.

I cycled through a bunch of actresses before it struck me that Annet Mahendru was the perfect Fairuza. She’ll get to be more screwball & less dour than she is on The Americans. All she needs is a fancy dagger, a rawhide ensemble, & a necklace of teeth!

Dylan Moran starred as an irascible character with just enough charm that you didn’t want him booted off screen in Black Books. This will be crucial as Norbert goes full dirtbag. 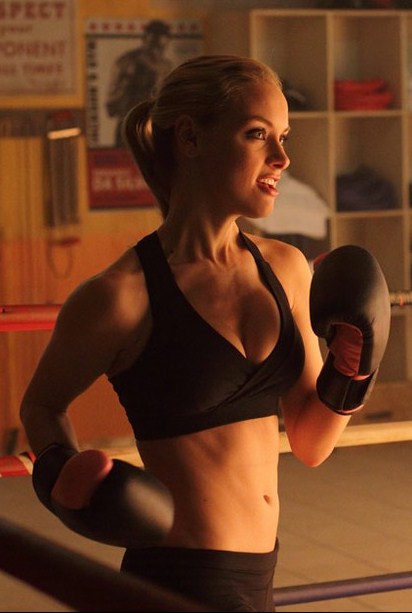 Stephfi was tough to cast until I realized that superhero movies prove any thespian can upgrade their physique for a role. All Lost Girl’s Rachel Skarsten has to do is massively bulk up & wear lifts in her boots. She already has the warrior attitude.

Kristen Schaal’s voice can oscillate between irritating & adorable, so she’ll find the ideal medium for The All-Seeing Insect Of Doom’s squawks of ill tiding. Muppeteers will bring its body to life.

Read on, for I’ve cast even more obscure characters after the break!

END_OF_DOCUMENT_TOKEN_TO_BE_REPLACED

Happy Birthday to Matt the Catania! You’re a whole year old & I still can’t decide if your ‘the’ is uppercase or not. I can’t believe I’ve been doing this for fifty-two consecutive weeks either! After last week, I expected I’d be slain by Supergirl loyalists before the big day. (Yes, I’ll discuss some DC & Marvel movies if you keep scrolling.)

To commemorate this historic occasion, the Kindle edition of The Dolorous Adventure of Brother Banenose is on sale for $0.99 through Sunday! If you prefer paperbacks, you can also get the physical edition for below cover price from Barnes & Noble or Amazon! 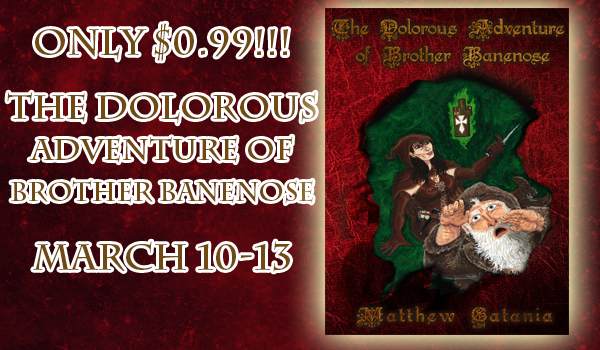 So tell all your pals to get in on this limited time deal while the getting’s good! (Unless you’d prefer the schadenfreude of convincing your friends to buy it after the price reverts back to its regular $4.99 bargain.) Always remember to leave a good review after you’ve read it on its sale pages & Goodreads. Reviews, ratings, & word of mouth are the best ways you can help indie authors like myself without buying a metric ton of our books. Thank you all very much for your patronage & enjoy your book!

In less than a year, I’ve gone from having no product of my own to having my very own professionally published & self-illustrated novel to solicit. I don’t believe I’ve ever shown the back cover of my book here so let’s rectify that right now: 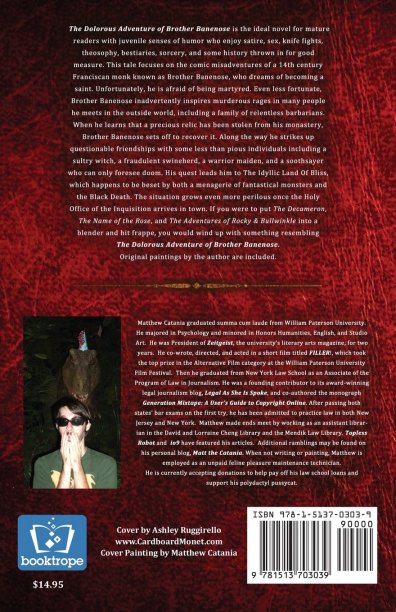 Belatedly behold the back cover of Brother Banenose!